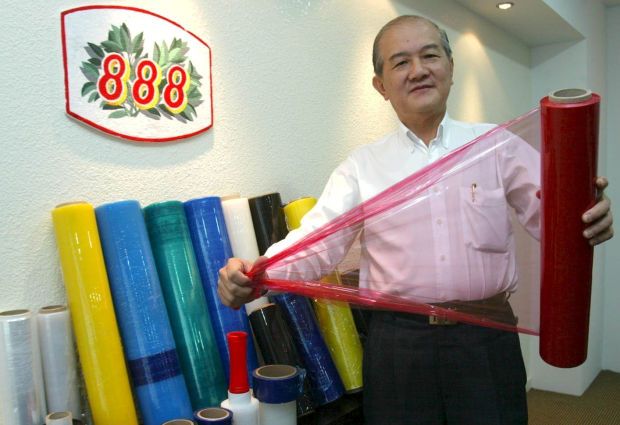 Thong Guan group managing director Datuk Ang Poon Chuan told StarBiz the company’s planned venture into Myanmar, a low-cost production country, is in line with its aim to grow its plastic packaging material business as well as enhance its competitive edge in the industry.

GEORGE TOWN: Thong Guan Industries Bhd has earmarked RM150mil as capital expenditure (capex) for the next two years to expand its business in Malaysia and overseas.

Of the planned capex, the packaging firm said it would invest about RM30mil to RM40mil to build a new plant in Myanmar. The remainder would be used for its Malaysian factory lines to produce stretch films and specialty mailer bags, as well as to install machinery for the manufacturing of food and beverage packaging products.

Thong Guan group managing director Datuk Ang Poon Chuan told StarBiz the company’s planned venture into Myanmar, a low-cost production country, is in line with its aim to grow its plastic packaging material business as well as enhance its competitive edge in the industry.

“The group would invest RM150mil in 2021 and 2022 to expand its business in Malaysia and overseas. Some RM30mil to RM40mil is for a new plant in Myanmar. We will go there once the border reopens, ” Ang said.

The main lure of Myanmar, he explained, is the country’s status as a developing country, which would allow it to enjoy zero-tariff privileges for its exports.

In addition, he said, setting up a production plant in Myanmar would result in cost-savings for the company.

“The group gets to save approximately RM1,000 per month for an average production worker, ” Ang said, citing the average monthly wage, including overtime pay, for a worker in Malaysia was around RM1,800, while in Myanmar, it was only around RM800.

Furthermore, he said, the Myanmar government would give a five-year income tax waiver for the company as incentive to set up a plant there.

“Myanmar also has a bigger market, with a sizeable population of about 65 million, ” Ang said.

“We are on track to achieve RM1bil in revenue this year, as the two lines in which we have invested earlier have started to make contributions, ” he said.

According to Ang, the demand for food and beverage (F&B) products in Europe has increased.

“Because of the Covid-19 pandemic, more people are buying from supermarkets to eat at home.

“This has resulted in the rise in demand for stretch films used for wrapping pallets of F&B goods heading to Europe, ” he said.

“In the domestic market, we also see an increase in the use of laminated packaging materials for wrapping F&B products, ” he added.

Ang said he expected the European market to contribute about 10% of the group’s 2020 revenue. He noted Europe used to be a single-digit percentage contributor to the group’s income.

Ang revealed the market in Japan also showed no signs of slowing down.

“It will contribute about 20% to this year’s revenue, ” he added.

According to a Research and Markets report, the global stretch and shrink film market size is expected to reach US$21.72bil by 2027, exhibiting a 5.5% compounded annual growth rate for the 2020-2027 period.

“Rising demand for lightweight material for industrial packaging is expected to drive the growth.

“Factors such as superior packaging properties, improved printability, easier application and robust package sealing capabilities of the films are anticipated to further fuel the growth.

In a filing with the local bourse, the company said the earnings improvement was due to more premium product mix, favourable exchange rate for its export sales and lower raw material prices as compared with the second quarter of 2019.

Revenue in the second quarter stood at RM228.03mil, compared with RM229.71mil in the previous corresponding period.

For the six-months period to June 2020, Thong Guan’s net profit rose to RM37.92mil from RM26.70mil in the previous corresponding period, while revenue increased to RM472.06mil from RM446.90mil a year earlier. It declared a second interim dividend of two sen.