[GDEX, POS] Freeze comes as a parcel of joy for couriers 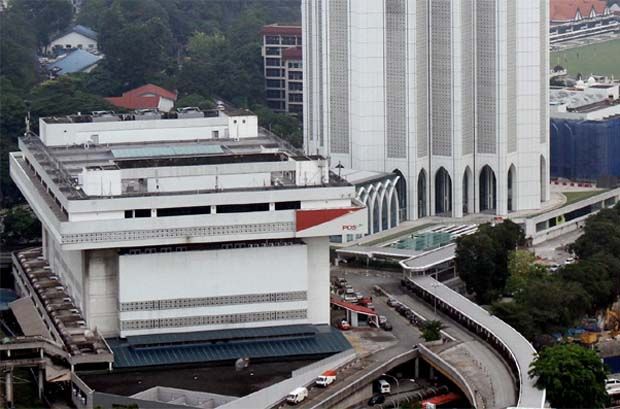 PETALING JAYA: The two-year moratorium on the issuance of courier service licences will ease some pressure on earnings for existing players such as Pos Malaysia Bhd and GD Express Carrier Bhd (GDex).

Analysts note that while the parcel delivery segment has been a beneficiary of the Covid-19 pandemic as e-commerce grew, the sector is a crowded one with cut-throat competition squeezing operators’ margins.


“The barrier of entry into the sector is low. Venture capitalists, wanting to jump on the e-commerce boom, have been funding new entrants, ” an analyst shared with StarBiz.

As of October, there are 109 licence holders, according to RHB Research.

On Monday, the Malaysian Communication and Multimedia Commission (MCMC) announced a two-year moratorium on the issuance of courier service licence – effective Sept 14 to Sept 15,2022.

During the enforcement period, the MCMC will not accept any new licence application for all categories of courier services. A new action plan is also in the works to map out a wider action plan for the industry’s strategic development. This report is expected to be published at the end of November.

RHB sees the freeze as a “constructive initial step towards ensuring the sustainability of the domestic courier industry”, which has been grappling with dwindling profitability from prolonged competition, despite the e-commerce boom.

Pos Malaysia, which is the country’s postal operator and one of the top three players in the industry, could be among the key beneficiaries under MCMC’s national strategic framework to elevate the industry, according to RHB.

While the two-year moratorium will prevent the entry of new players, AmInvestment Bank believes that aspiring players could still gain entry via the acquisition of existing players.

“Meanwhile, in the absence of a major consolidation, the playing field remains crowded, ” it said a report yesterday.

Considering this, it sees the development as “mildly positive” for current players, including Pos Malaysia.

The research firm noted that Pos Malaysia has been fighting a losing battle in the dying snail mail business.

“To survive, Pos Malaysia needs to cut costs and reinvent. However, we believe that its hands are tied given its unionised workforce.”

While its courier segment could be considered a “reinvention”, AmInvestment Bank. said the segment has been weighed down by the intense competition.

Meanwhile, with Pos Malaysia’s shares having fallen about one-fifth since the start of the year, RHB said it was an “opportunity to accumulate, while near-term earnings turnaround trajectory is also seen intact”.

As for GDex, analysts note that its strategy has been on pricing, sustainability and profitability over market share.

The company recently proposed the issuance of up to 705.2 million warrants, which could generate between RM281.7mil and 282.1mil of funds for the company.

In an Oct 22 report, MIDF Research noted that GDex has a net cash above RM100mil, which has supported its various expansion plans, including the acquisition of 55% stake in a Vietnamese company.

Domestically, it is still evaluating the business model for an automated sorting hub in Petaling Jaya to fit the new norm following Covid-19.

However, it noted that the stock’s valuation remains stretched at a 12-month trailing price-to-earnings ratio of 115.74 compared to the average industry of approximately 42.77 times.

MIDF said “non-listed players such as Ninja Van and J&T will remain a threat in the next two to three years as these companies continue to receive funding”.